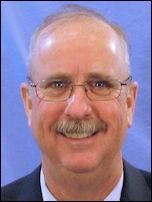 Our local Caucuses have commenced; the Primaries are underway. Did you notice that President Trump received significantly more votes in New Hampshire than any other incumbent in history?

A year ago Governor LePage left office. He also left a healthy rainy day fund and a fiscally sound balanced budget. Concerns have been growing, however, among some who have been listening in at meetings of the Legislature’s Appropriations Committee that the State is already as deeply in debt with regard to our Medicaid bills as we were when Governor LePage assumed office in 2010. They have reported that the total debt due is around $500 million, with Maine’s share ultimately expected to be somewhere between $150 and $190 million. But even DHHS does not know the exact amount, since the Federal Government reimbursement is not determined until Maine pays the bill. To my knowledge, as of today this potential financial disaster is not addressed in the Governor’s Supplemental Budget. Yes, it appears that we are headed back down the road of not paying our hospitals.

Recruiting season is underway for candidates to run and serve. As you meet the candidates in your community, please thank and support them. Republicans can again turn the ship of state around and steer our state back into prosperity, if we elect them.